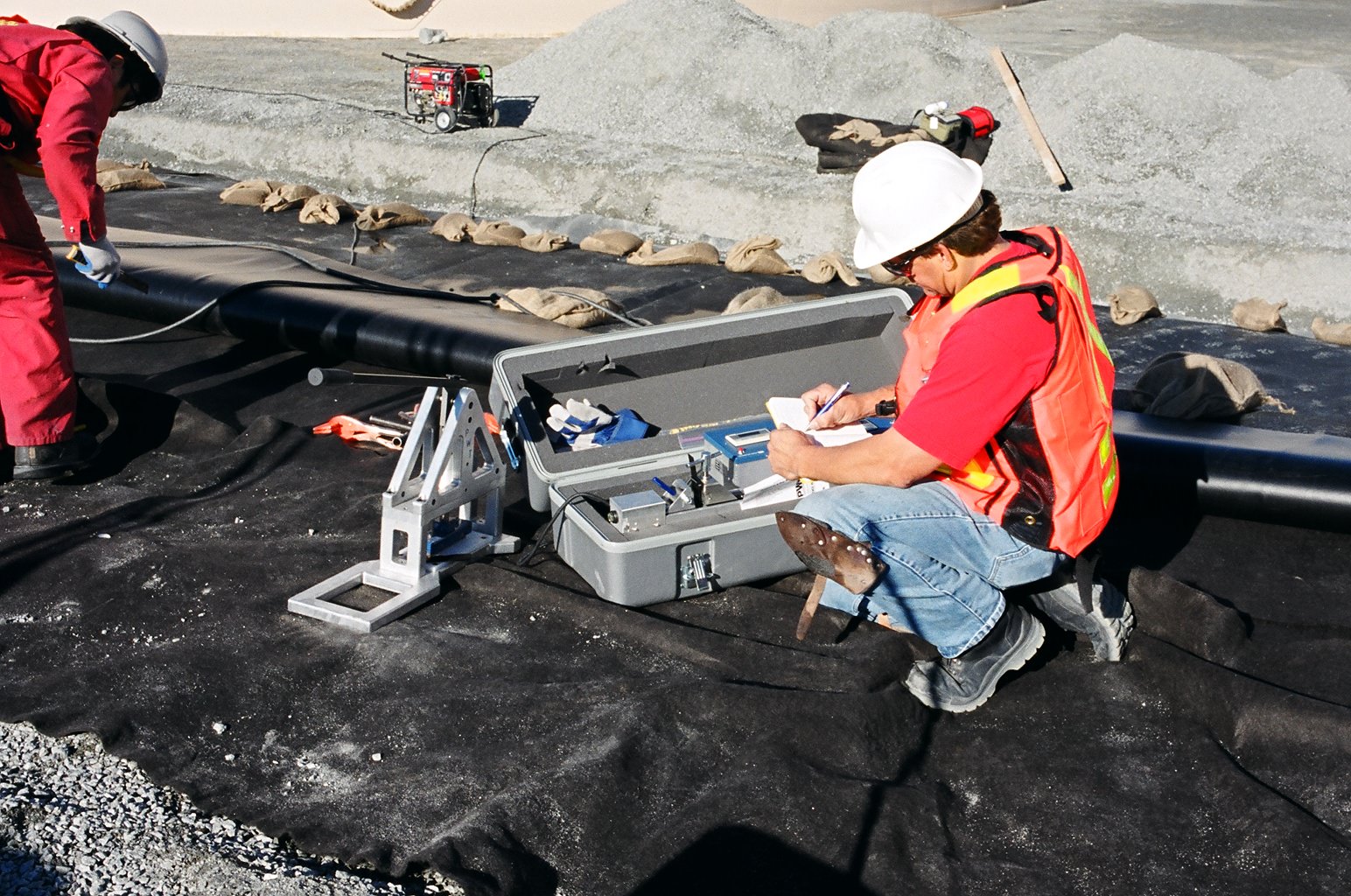 In the late 80s, Al and Bertha Harman moved to Yellowknife for Bertha’s work as a psychiatric nurse and RN, but, as Al puts it today, “we saw the opportunity to start a geomembrane liner business here.” Geomembrane liners — high-density polyethylene material used to keep hydrocarbons, dirty water and other liquids contained in industrial situations — are particularly key to the NWT’s mining and exploration sector, and the Harmans’ company, A&A Technical Services, introduced major innovation to the industry. “We were the first ones to develop the cold weather installation process, which allowed year-round installation, and that made a huge difference in the construction schedules of the mines.”

Before the Harmans started up their business in 1995, Al Harman says, “there was a -20 C cut-off built into all the contracts” — once temperatures dipped below -20 C, a pretty regular occurence in the North, all construction had to shut down. But A&A Technical changed all that. “We helped Diavik open six months ahead of schedule, which to them is half a billion dollars in raw diamonds.”

Over its 23-year existence, A&A has been central to the NWT mining industry. “It’s not just Diavik. We’ve worked at Ekati, everything at Snap Lake, Gahcho Kué, Hope Bay, Giant… you could do a list and pretty much everything that’s happened in the last 20 years, we’ve had our mitts into it.”

It wasn’t an easy journey, since the Harmans found themselves competing against slick marketing and intense competition from large southern firms — but their tenacity and boots-on-the-ground northern experience won through. “We’ve taken on some pretty big competition — and we’ve won every time.”

The Harmans first approached MDDF around 20 years ago, when their business rocketed along with the diamond mines, and they suddenly found themselves with a massively expanded workforce, causing some temporary cash flow issues. ”It just exploded on us — and we managed it at the time, with the help of MDDF. They bailed us, basically, in the nick of time. We went from just myself to 35 people, and to make payroll and that sort of thing, MDDF really helped us when other banks wouldn’t. You’re waiting for the money to come in but you’ve got 35 guys who need to get paid.”

As the mining industry went into a slowdown in recent years, A&A reconfigured itself to a changing environment. “We’ve downsized with the industry,” Harman says, though “things are starting to heat up now, so things are looking better. We’re getting more opportunities and because of our experience we’ve been asked to go all over the country.” In a rare case of a northern business successfully going south, A&A has also started successfully exporting its expertise to southern clients, currently capturing new work around Uranium City in Saskatchewan. “We’re getting our foot in the door there — and there’s a whole bunch of other work coming from that area.”

And when it came time for them to look for financing during the slowdown and their current transition, they went straight back to MDDF. “We could go to one of the banks, but we went to MDDF, just because they’re a lot easier to deal with. It’s like the old days, you know. You’d go and sit with the bank manager and tell them exactly what’s up and this is what’s happening, and they shake your hand and you walk out the door. They’re really good to deal with, and very helpful. I can’t say enough about them, actually. They understand business and how it works.”